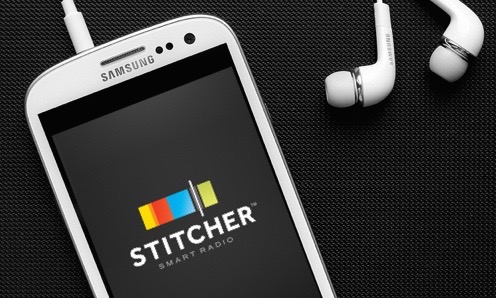 I once had a very successful someone in the media business tell me that it’s all really pretty simple. The steps to successful media companies are:

That’s it. Those are the basics. Take a second and think about it.

You can argue if distribution or content should come first, to me it doesn’t really matter because you need both.

So let’s look at podcasting. First the content. There are a LOT of podcasts out there. And even if you want to narrow it down to “only the good ones” there is still a lot of choice. And, while making a good podcast is not easy,  it’s a heck of a lot easier than making a good television show or feature film.

Ok then, let’s look at distribution next. The beauty of podcast distribution with RSS feeds is that (most of it) is not an enclosed private place where only the rich and powerful play. If you made a great TV show or movie, you would have a really hard time getting it into theaters or on the air. Make a great podcast? Get a feed and BOOM you’re on the internet available for anyone to see and hear. Put it in iTunes, Downcast, Overcast, Stitcher… it will go all kinds of places without you even doing much work at all. That’s a win! That’s the beauty of it.

The downside is that there is one leading place for podcast discovery head and shoulders above the rest. iTunes. The NY Times wrote about iTunes‘ place in the podcasting biz, and a GREAT rebuttal to that piece came from Marco Arment of Overcast.

It makes it tougher to be discovered, and to launch new shows. And yes, there’s less data to collect because there is a middleman of sorts between you and your audience. Poor Steve at Apple that runs the podcast store has to manage all the requests from everyone wanting homepage placement to promote their stuff.

If you don’t have a hugely trafficked website, or a TV network, or giant social footprint, how are you going to get your shows discovered and promoted? Word of mouth is great, but there are very few levers to pull to get traction.

Most people have used language such as “get our podcasts in iTunes or Stitcher.” It’s different than saying “in theaters now” or “tonight on CNN.”

So here comes E.W. Scripps, already making big moves in podcasting by buying MidRoll and now they bought Stitcher. Brilliant. Congratulations to E.W. Scripps (MidRoll) on their purchase of Stitcher! Smart move by a podcast company that is in content production, sales, and now an even bigger role in distribution.

I think it’s a great move for them. Does it worry me that someone in the podcast space will now have access to some metrics for their competitors? Yeah, a little bit. Will they tip the discovery scales in favor of their own shows over others? I would assume so.

Folks are trying to build  up their business to grow and thrive without iTunes. Buying Stitcher – which by name recognition is probably the #2 podcast portal – seems like a smart move to me.