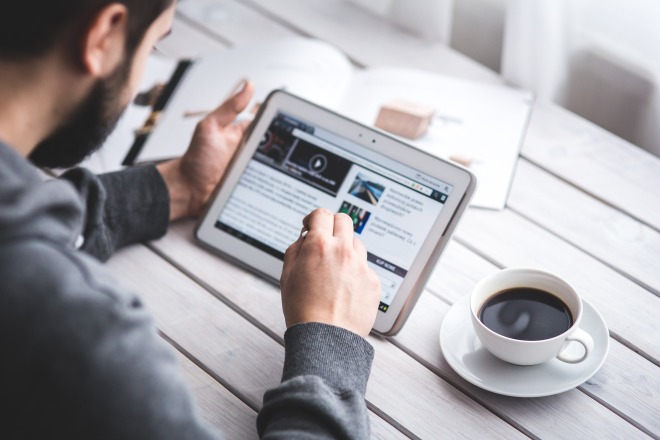 The first in an occasional series of notes on things I’ve been reading.

Over at AllAccess.com Paul Kaye wrote a two-part column called “Talent Should Know This” (Part 2 here) And it’s great stuff. But one thing caught my attention, his advice to be “in the now”

The old test is “if we ran this show tomorrow or a week later would it feel awkward and wrong?” If the answer is ‘no,’ we’re doing it wrong.

Obviously he is writing a column for live radio talent, so it makes sense to follow this advice. But… then again… we are moving more toward an on-demand world, and a repeat of great interviews on “Fresh Air” or great episodes of “This American Life” are often just as good the second or third time around. Plus…. it’s repeatable content and that saves $.

Am I comparing Apples and Oranges? Yeah, probably and that’s a valid point. But it wouldn’t hurt live commercial radio to have content good enough to air more than once, and that point is completely in line with Paul’s advice. What you put on the air needs to be GOOD.

A few years ago I subscribed to the idea that Netflix would just be an online version of Blockbuster, and they would rise and fall just as mightily as the old video store did. It was logic like in this article about not owning content, or having deep enough pockets to compete.

Then came House of Cards, Orange Is The New Black, and I started questioning my own theories. I’m still kind of waffling on Netflix, but recently the thought has re-surfaced that Netflix could be on shaky ground. Partly because of stock market numbers, some are returning to the idea that Netflix has high costs for premium content, international rights and early windows are tougher to get, (because of) deep pocketed rivals getting into the OTT world.

And as Lauren Cole pointed out in a Facebook comment I saw, Netflix’s stock price is too high for them to be acquired, so they’re going to have to do this as a stand alone.

Maybe I wasn’t crazy to say Netflix would be the next Blockbuster. But I’m not so sure anymore.

The SEC Network is apparently the most successful cable launch in history. I heard Chuck Oliver talking on 680 The Fan in Atlanta about this article saying the SEC network might double or triple their revenue in short time. I wonder if Chuck read the follow-up article about cord cutting.

Today’s conventional wisdom is starting to turn on ESPN and all the money they pay for sports rights. Would you pay north of $30 a month for ESPN in an a la carte world?

Fast Company asks “Is Howl the Netflix of Podcasting?” Obviously, they mean it in terms of success, not potential doom like I pondered earlier in this post.

At first glance, my thought is that iTunes is already the Netflix of podcasting, even if they don’t host any content. I can find feeds, and if those feeds allow me to, I can go way back to old episodes.

Howl comes to us from the fine folks at MidRoll media. I like that Howl is addressing the problem of “one-off” podcasts.

Experimenting with format, Sachs says, has allowed Midroll to commission exclusive content without committing to deliver a minimum number of episodes. “We have documentaries that are a single episode of an hour and five minutes long, and there is only going to be a single episode,” he says. “You could never afford to make an audio documentary that was just an hour long because you would never be able to monetize that with ads.”

But I’m not sure a new app, or a new platform is the solution. It seems to me that dynamic ad serving is the way to monetize someone’s archive, making the ads current and relevant no matter when the user downloads or streams the podcast.

Search and discovery is key to any digital medium, and podcasting is no different. One of the nice things about iTunes is that almost every podcast produced can be found there. (right?) More platforms, and more apps, might help groups like MidRoll and Panoply create an environment for their super fans, but if we have a bunch of walled off environments that might make it harder for people to find your stuff, not easier.

I like that I can download any podcast app and find all of my favorites. I hope Howl and others have open search API’s (like iTunes) that let app developers plug-in to their content.